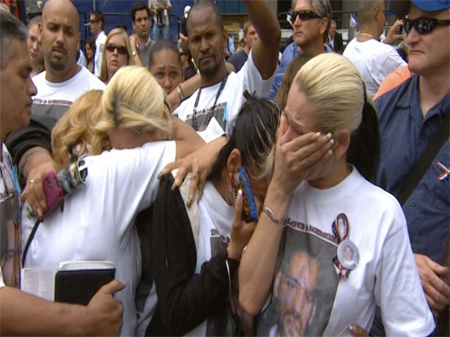 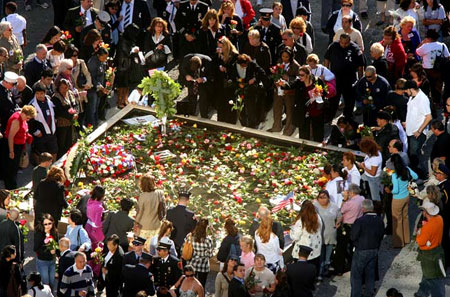 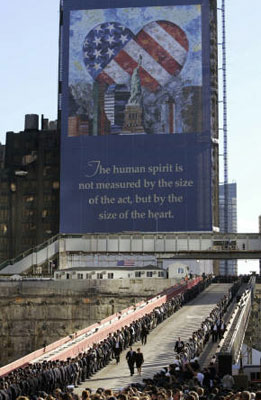 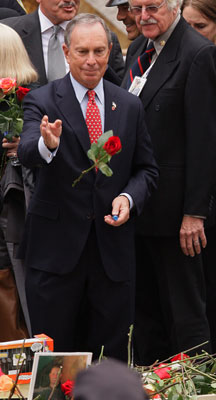 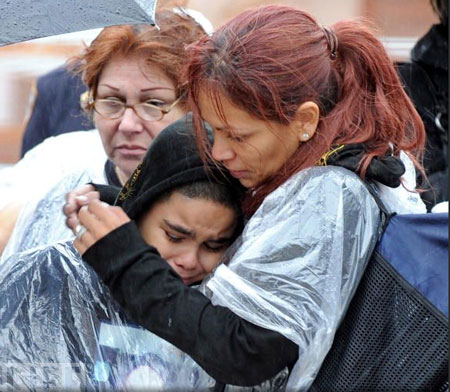 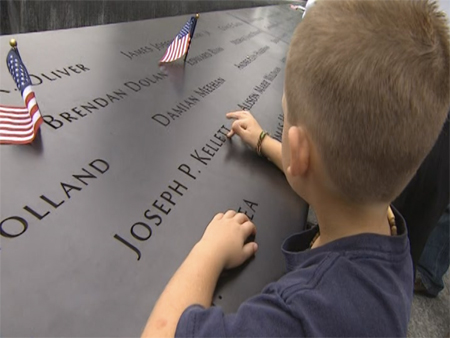 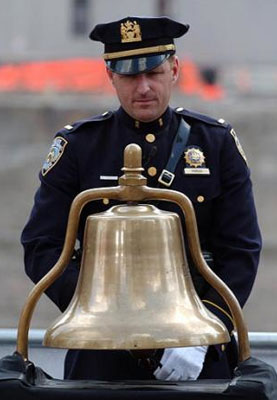 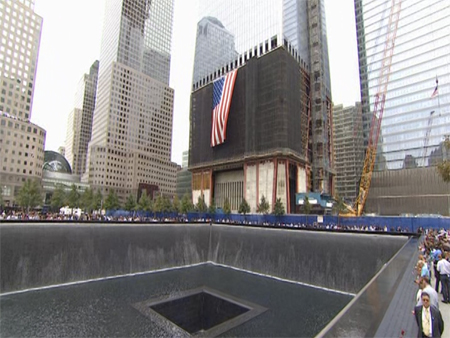 "They followed one another down, down into a seven-story hole in Lower Manhattan yesterday, thousands of them filling with their sorrow the space where their husbands and wives, mothers and fathers, sisters and brothers, sons and daughters, had died a year ago to the day. Some left cut flowers on the hard earth; some left whispered words." -The New York Times

"The names were read, reaction rippled through the crowd: a photograph thrust in the air, a fierce hug between family members, a face crumpling in grief." -USA Today

"The morning's 2 1/2 hour reading of the names of victims of Sept. 11, was profound and meaningful in its simplicity" -LA Times